The first record I ever bought featured on one side Stravinsky's "Firebird" and on the other side Bartok's "Mandarin". The second one was a compilation of various recordings by Dizzie Gillespie. Growing up, barely a teenager, in a working neighborhood in small town Luxembourg I had never heard of any of these guys before. My grandfather, a professional musician, was in love with Beethoven and Wagner; for my parents the world of jazz was limited to Benny Goodman, Glenn Miller and Sidney Bechet.

I listened to these records over and over again and was literally blown away by what I heard. After 5 years in solfège classes at the music conservatory of the neighboring town, I had moved on to study harmony and counterpoint. But what I heard in these recodings was nothing like what they were teaching me (triads in I, IV, II, V, I progressions.) This was interesting, fascinating! At the same time I discovered my ability to analyze even more complex chords just by listening to them. As my record collection and my horizon grew, I started to write down unusual chord resolutions and progressions filling up copy books 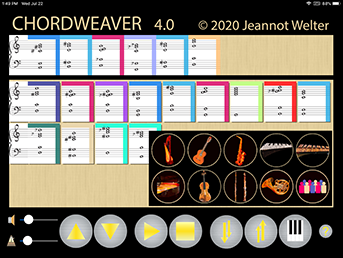 with what I had heard in these recordings.

After high school I finally got to paradise, in my case the "Conservatoire National Supérieur de Musique" in Paris where I would spend the next 8 years. I was very fortunate to study with such great and open minded teachers as Roger Boutry, Alain Weber, Bernard de Crépy, Jean Martinon, and Olivier Messiaen. The harmony class included intense study of 20th century composers, especially Debussy and Ravel, of course. The conducting class offered a full professional orchestra; we were able to conduct anything, from Bach to Ligeti and Pendercki. I also was able to attend a few sessions with Pierre Boulez at the "Centre Pompidou" and participate in a conducting masterclass at the Mozarteum in Salzburg under the auspices of Herbert von Karajan.

Despite being in this classical dreamland, my love for jazz never faded. During the day I was a student at the conservatory, at night I often turned into a jazz musician.

After 4 years of studies in Paris I received a nomination as professor for harmony, counterpoint, fugue, orchestration, musical analyses and conducting in Luxembourg and taught these subjects at both conservatories of this country alongside my activities in Paris. At that time and for the next 10 years my conducting career took over. Besides the Orchestre du Conservatoire de Paris, I conducted the Orchestre Symphonique de Radio-Télé Luxembourg, the Sinfonietta Luxembourg.

Through my work I had - by necessity - become an "audiophile". After moving to the U.S. my passion for music and sound led me to several years of research and computer aided design of high-end loudspeakers studying the relation between measured data and perceived sound.

I had always been attracted by the world of digital 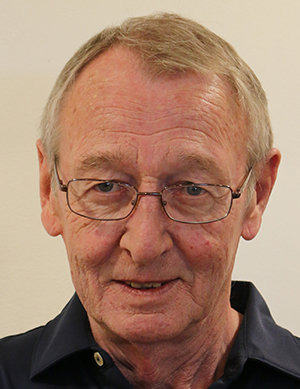 audio, sequencers, softsynths and sample libraries because I could be the composer, the conductor, the 2nd clarinet player, the 1st bassoonist, everybody in the orchestra at the same time. Control freak? Maybe. When at the end of last century a barrage of high-end libraries hit the scene. I decided to see how far I could push these libraries and how convincing a performance I could produce using them. Of course what I needed first were compositions and the ability to compose at will without being hampered by "composer's block". At that moment I remembered the copy books of my teenage years. I decided to organize that material in digital form, learned html and ended up with an application containing 300+ web pages with chords that - when clicked - led to a new page showing possible resolutions for that chord, thus an early, primitive version of ChordWeaver . This early version has served me well for over 10 years. I used it to compose the pieces on the Old Compositions page. When you listen to them, please be aware of their age.

After a while, attraction became a job and I spent quite a few years in the world of digital audio editing and softsynth programming. I was very fortunate to get to know and to work with such outstanding musicians, developers and programmers as Tom Hopkins, Dan Dean, but I always kept the idea of ChordWeaver in the back of my mind.

Then, when the opportunity presented itself, the app became my full-time focus. I revisited the old version, recorded the audio that I needed, began working on graphics, and wrote the basic code. It still took a year and a half to the final product, and this would not have been possible without the help of my friend, Alex Malecker, who whipped the code into shape and added many features.

Finally, ChordWeaver is real; it is no longer just an app for sale. It has become me.

The trademarks, logos, and service marks not owned on behalf of Jeannot Welter and that are displayed on the Site are the registered and unregistered marks of their respective owners. No rights are granted by Jeannot Welter to use such marks, whether by implication, estoppel, or otherwise.